Zimbabwe Sex Workers Alliance (ZIMSWA) submitted this shadow report to the CEDAW committee in 2020 during the 75th CEDAW Session.

This shadow report was submitted by Congolese sex worker-led organisations UMANDE and ACODHU-TS during the 73rd CEDAW Session, which took place June-July 2019.

Sex workers in Mozambique experience high levels and multiple forms of violence. Despite constant dialogue with the Government, the police act as protectors of sex workers, but they can also be perpetrators of violence. The relationship between sex workers and health unit professionals can also be problematic. This shadow report, submitted by sex worker-led Mozambican organisation Tiyane Vavasate Association during the 73rd CEDAW Session, which took place June-July 2019, highlights these issues.

Sisonke-Botswana and Botswana Network on Ethics, Law and HIV and AIDS (BONELA) submitted this shadow report during the 72nd CEDAW Session, which took place February-March 2019. The report elaborates on the situation of cisgender and transgender women who are sex workers in Botswana. The report focuses the criminalisation of sex work; violence, abuse, and failure to act on reports of violence by police; stigma and discrimination faced by sex workers in accessing health services, and lack of free antiretrovirals for migrants.

The Kenya Sex Worker Alliance (KESWA) and Bar Hostess Empowerment and Support Programme, with support from NSWP and CREA, submitted this shadow report to the 68th CEDAW Session, which took place October-November 2017. Titled “Aren’t We Also Women,” the report incorporates quotes from sex workers and is based on desk research and extensive interviews with KESWA member organisations.

The Nigeria Sex Workers Association- Precious Jewels (NSWA) submitted this shadow report to the 67th CEDAW Session, which took place in July 2017. The report focuses on the impact of stigma, penalisation and discrimination on female sex workers' ability to access HIV prevention and health services, and their vulnerability to HIV and violence at the hands of police. The report also provides background information about NSWA and economic, health, and population context in Nigeria.

CEDAW Shadow Report by the Kenyan Network of Sex Workers

The Kenyan Network of Sex Workers, including KESWA and the Bar Hostess Empowerment & Support Programme, has submitted this document to the CEDAW Working Group which will review Kenya in November 2017. 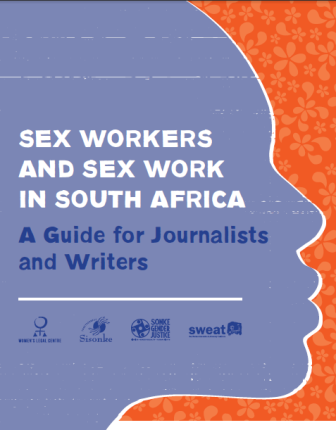 This report summarises the deliberations of a one day event entitled “Labour of Love” held on 17th December 2010, hosted by Women’s Organization Network for Human Rights Advocacy (WONETHA) in partnership with Uganda Harmonized Rights Alliance (UHRA).  The event primarily sought to put a human face to the lives of sex workers as well as challenge the public silence on violence against them. The forum was attended by 55 participants, including sex workers, brothel owners and human rights activists. The event was organised against the background that sex workers have continuously suffered from abuse, discrimination and violence which often goes unreported and unacknowledged.  In particular, the event illuminated the achievements, coping mechanisms, challenges and recommendations regarding sex work.

When I Dare to be Powerful - Sex Worker Oral Herstory