Gay men and sex workers worldwide express anger over attempts by governments to erase key populations from the 2016 UN Political Declaration on HIV and AIDS.

On May 27th, new draft language was released for the 2016 Political Declaration on HIV and AIDS, which is scheduled to be finalized in New York City next week (Wednesday, June 8 to Friday, June 10) at the United Nations. The Global Network of Sex Work Projects and MSMGF (The Global Forum on MSM & HIV) together with the Global Platform to Fast-Track the HIV and Human Rights Responses Among Gay and Bisexual Men and Other Men Who Have Sex with Men (The Platform) are deeply concerned with numerous changes made in the new draft, which erase key populations from the global HIV response.  As the final political declaration will be issued during next week’s United Nations High-level Meeting on HIV and AIDS, we urge our partners to take bold and fast actions now to influence decisions made by UN delegation members.

HIV is having a devastating and disparate impact on gay and bisexual men and other men who have sex with men, sex workers, people who use drugs, and transgender people including young people of these populations. Concentrated HIV epidemics in these groups occur in all countries worldwide as evidenced by disproportionately high HIV incidence and prevalence when compared to the general population. Uncontrolled epidemics in these group are exacerbated by criminalization and extreme (in some instances, State-sanctioned) violence.

These facts stand in stark contrast with what amounts to a revisionist characterization of the global HIV epidemic within the draft language just released. In a 14,000-word document that includes over 76 discrete points, men who have sex with men; sex workers are only mentioned; people who use and/or inject drugs; and transgender people are only mentioned in twice (in Paragraphs #42 and #54).

In addition, critical references to men who have sex with men, sex workers, people who inject drugs, and transgender people (recognized by UNAIDS, WHO, and the Global Fund to be key populations based on global epidemiological evidence) have been removed or weakened throughout the document. Examples of this include:

The original Zero Draft released in April recommended evidence-based approaches needed to adequately address the HIV epidemic among gay and bisexual men and other men who have sex with men, sex workers, and other key populations. These were deleted in the revised draft. These included important points related to: 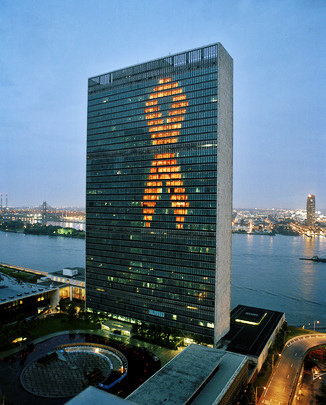 It is deplorable that the UN Member States can choose to overlook epidemiological data on key populations in favor of bogus beliefs about HIV and about key populations.  We are dismayed and disturbed (if not surprised) that we find ourselves, yet again, in debates about issues that aren’t and shouldn’t be debatable!

We emphatically reject revisionist characterizations of the global HIV epidemic.  We do not accept negative characterizations of men who have sex with men, sex workers, transgender people, and people who inject drugs, and we certainly disagree with the idea that key populations are only worthy of mention in the context of discussions about risk – especially since it reinforces old stereotypes about our communities as being irresponsible.  We are not surprised by these actions because using key populations as a political wedge is a routinely employed tactic by governments to subjugate, oppress, debase, and belittle its citizens. These are also tactics deliberately used to throw activists off their game and to distract global attention away from State-sanctioned abuses and corruption.

This brand of exclusion has particular and painful salience for gay men and other men who have sex with men, sex workers, transgender people, and people who use drugs. It is sadly still too common to have our communities rendered invisible in revisionist characterizations of the HIV epidemic worldwide.  Moreover, the relative absence in global HIV discourse about State-sanctioned structural violence is reprehensible and undermines the possibility of progress in our work to end AIDS. State-sanctioned structural violence is literally killing us!  We must forcefully resist the idea that indiscriminately throwing pills at the general population will somehow reverse concentrated HIV epidemics in key populations. This is idea is shortsighted and misguided.

Urgent Action Needed Now!
NSWP, MSMGF and the Platform will be represented at the High-level Meeting in New York City next week to raise these concerns with UN country delegations.  We will fight to ensure that the final political declaration includes stronger language addressing the HIV epidemic among gay and bisexual men and other men who have sex with men, sex workers, transgender people, and people who use drugs. We strongly encourage advocates and allies to:

Suggested tweets (tailor to your needs and add visuals or links):

Let’s Not Let Governments Erase or Exclude Us!
Here are other things you can do now:

Yours in global solidarity,

NSWP, MSMGF and the Platform

The Global Network of Sex Work Projects (NSWP) exists to uphold the voice of sex workers globally and connect regional networks advocating for the rights of female, male, and transgender sex workers. NSWP is a membership organisation with 262 members in 77 countries. Our members are local, national or regional sex worker-led organisations and networks across five regions: Africa, Asia and the Pacific, Europe, Latin America and North America and the Caribbean.

MSMGF has worked since 2006 to encourage targeted, tailored, better resourced, and rights-based sexual health services for gay men and other men who have sex with men (MSM) worldwide through its advocacy and technical support work. As a global network, MSMGF has successfully influenced HIV responses at the local level through shifts in global-level policies and has effectively utilized public health as an entry point for advancing the human rights of LGBT people. MSMGF currently supports programs in 30 countries.