This day’s history goes back to 2001, when over 25,000 sex workers gathered in India for a festival despite efforts from prohibitionist groups who tried to prevent it taking place by pressuring the government to revoke their permit.  The event was organised by Durbar Mahila Samanwaya Committee, a Calcutta based group that has over 50,000 sex worker members, and members of their communities.  Sex worker groups across the world have subsequently celebrated 3rd March as an annual, international event: International Sex Workers’ Rights Day.

NSWP focused on the theme of labour rights. Where sex work is criminalised, sex workers’ workplaces are often excluded from national labour laws. This creates an environment where sex workers have no option but to accept exploitative working conditions. The struggle for the recognition of sex work as work is closely tied to the struggle for decriminalisation.

Ohotu Diamond Women Initiative rallied for sex worker rights in Nigeria. They are working to change the sex worker narrative - from people needing 'rescued' to people with rights. 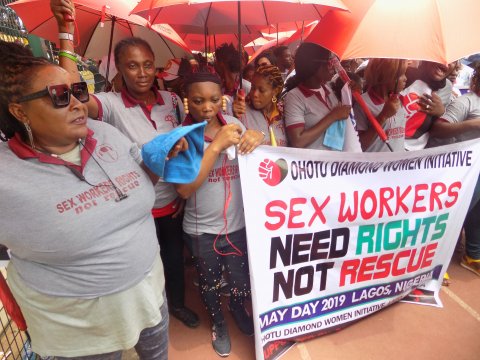 Women and Children Protection "WCP", a Congolese civil society organisation, hosted an event to celebrate International Sex Workers Rights Day in Uvira. They campaigned for the promotion and protection of sex workers rights while collaborating with other social justice movements, including women’s rights, domestic workers and people living with disabilities.

Asia and the Pacific

RhED released a video on sex workers’ rights and the decriminalisation of sex work in Victoria, Australia: Sex Workers' Rights are Human Rights.

This year, the English Collective of Prostitutes successfully fought to have charges against two sex workers dropped. English laws around brothel-keeping prohibit sex workers from working together in the same location. As a result, sex workers are often forced to compromise their safety by working alone. The women who were working together for safety were raided by police and charged with “managing a brothel”. As a result of the campaign, these charges were later reduced to “tenant permitting premises to be used as a brothel” – even though neither woman’s name was on the tenancy of the property. During the raid, police took all the money on the premises – about £1,000 – without giving a receipt.

The English Collective of Prostitutes successfully fought to have these charges dropped. Afterwards, they accused the police of “pimping” as the police had tried to bribe the women by offering a caution if they forfeited the monies seized during the raid. 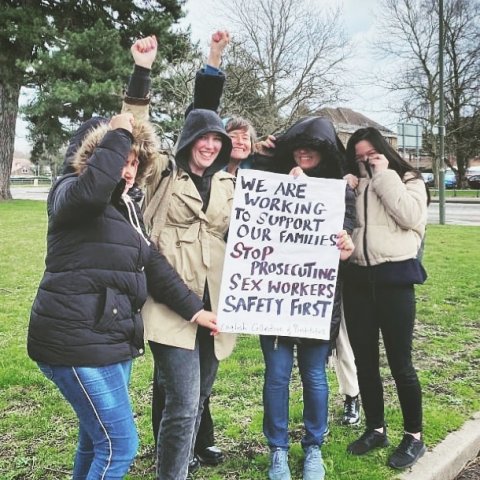 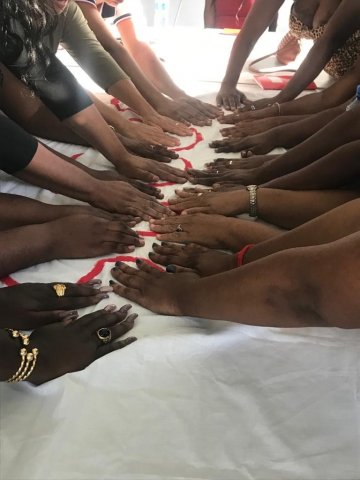 North America and the Caribbean

Butterfly - Asian and Migrant Sex Workers Network gathered 300 sex workers and 100 allies at City Hall in Toronto, Canada as a demonstration of their power and demanded that their voices be heard.

HIPS pushed for decriminalization of sex work in DC, achieving a city council hearing on the Community Health & Safety Amendment Act of 2019 and national media coverage (1) (2) (3). Plus, they delivered over 3,000 DC residents, and over 70 local and national LGBTQ organisations signed letters supporting decriminalization. 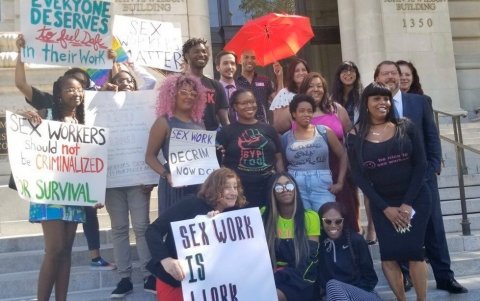 SWOP Seattle celebrated International Sex Worker Rights Day in the USA by hosting the 6th Seattle Annual Sex Work Symposium (SASS). This private event for current and former sex workers included skill-sharing sessions on business building, legal training, and cyber-security.  After the sessions, they shared a potluck meal and dabbled in arts and crafts. Events like this build camaraderie and ease the isolation felt by many sex workers.

This year, SWOP Orlando spoke out against ‘Super Bowl’ human trafficking hysteria – pointing out the problems with conflating sex work and trafficking.

Coyote RI honoured International Sex Worker Rights Day, by hosting an event at a local LGBT club in Rhode Island, USA. This year Coyote RI created the first-ever TV show for sex worker rights in the US, called "The Good Neighbors", it runs on a local cable network and is available on youtube. They also published an article in Open Democracy about the impact of criminalising sex work.